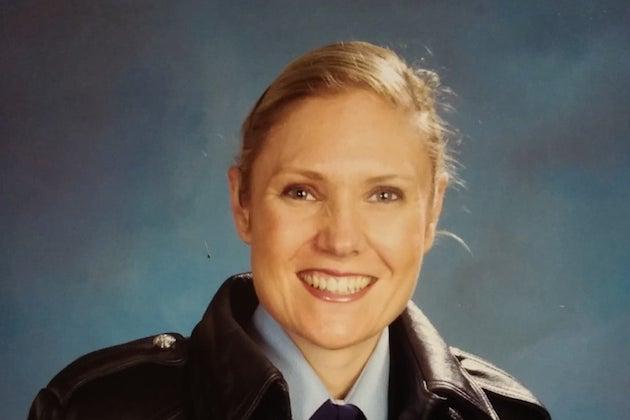 LITHGOW, Central West, NSW, Australia – The Acting Commissioner of New South Wales Police has paid tribute to an officer who was killed after being sucked underwater during a canyoning tour north of the Blue Mountains on the weekend.

Senior Constable Kelly Foster, 39, was one of two women who perished during the guided tour at Wollangambe Canyon, near Mt Wilson on Saturday afternoon.

Their bodies were recovered by police divers in a whirlpool on Sunday.

“It’s a very sad time for the NSW Police Force and Kelly’s death is a loss to the whole community. Kelly was a highly regarded and dedicated officer who will be sorely missed by colleagues across the force,” Acting Commissioner Mal Lanyon said Sunday.

The other victim’s name has yet to be disclosed, pending notification of family members, but is believed to be a 24-year old international student.

It is understood by local police that the second woman was sucked into the whirlpool in the Wollangambe River when she fell from her inflatable Lilo. Senior Constable Foster was believed to have been making efforts to save her when she herself was swept into the whirlpool.

“To hear reports that Kelly was trying to help another woman when she died demonstrates her commitment to the community she served and the ability to put the needs of others before her own,” Acting Commissioner Lanyon said.

A massive search and rescue operation swung into action early Saturday afternoon on the news of the horrific incident.

The search has to be called off overnight because of bad weather but resumed early Sunday morning.

The bodies of the pair were recovered around 12 noon on Sunday and were winched out by helicopter.

Senior Constable Foster marked a decade of service with the New South Wales police force in August last year. She commenced duties as a probationary constable at Newtown Local Area Command in August 2010, and graduated to a full constable in May 2012.

In May 2014, she joined the State Crime Command working as an intelligence analyst until May 2020. For the best part of last year and into this year Senior Constable Foster was assigned to the Chifley Police District, stationed at Lithgow Police Station, in the state’s Central West.

“Her policing career was put on hold when she was diagnosed with breast cancer. However, her strength to survive this and return to work is another testament to her strength and resilience,” Acting Commissioner Lanyon said Sunday.

“Above all, Kelly was a kind and loving daughter, sister, and partner.”

A report is being prepared for the NSW Coroner.