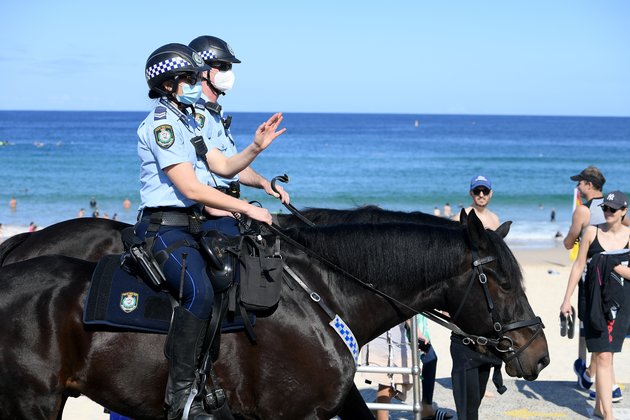 How The Conversation’s journalism made a difference in August

Every month, we track what happened to The Conversation authors after we published their articles. Here are some of their stories from August 2021.

First up, a back-to-back success story. The article that attracted the most interest from our audience in August was, remarkably, the same piece that topped the list in July – Lara Herrero from Griffith University’s piece on how the symptoms of the Delta strain differ from traditional COVID symptoms. An additional 628,912 readers sought out this explainer last month, taking it to a total of 2.4 million reads overall. It is now our 7th most-read article of all time. With case numbers for the Delta strain growing globally, readers around the world are clearly appreciating Lara’s expert tips on what symptoms to look out for.

Our second most-read article in August was Kevin Davis from the University of Melbourne’s take on the government’s ’emergency’ super changes, which he argues will help wealthy tax dodgers the most.

Over on social media, our coverage of the Taliban’s return to power in Afghanistan inspired our most-liked Instagram post ever (over 29,000), with users responding to its call to “not look away as the Taliban sexually enslaves women and girls”.

Putting evidence in front of decision-makers, from Canberra to Geneva

Our articles also caught the attention of several prominent figures and organisations in domestic and international governance last month.

Greens Senator Larissa Waters quoted Graeme Orr from the University of Queensland’s article about the Political Party Registration ‘Integrity’ Bill in federal parliament. Not that it stopped the bill being rammed through on very short notice and without the normal committee inquiry, which Graeme had urged against.

After the University of Melbourne’s Azadah Raz Mohammad and Monash University’s Jenna Sapiano wrote about the implications of the Taliban’s return for Afghan women, their article was shared by Australia for the United Nations High Commissioner for Refugees.

After University of Auckland’s Meg Parsons and Māori researcher Lara Taylor wrote about why Indigenous knowledge should be an essential part of how we govern the world’s oceans, the NZ National Commission for UNESCO republished the article on their new oceans science website Te Tini a Tangaroa. Spyros Schismenos from Western Sydney University’s article on what to do in a flash flood was also shared by the United Nations Office for Disaster Risk Reduction’s PreventionWeb.

On a not-so-serious note, federal MP Brett Mitchell weighed in on who would win in a fight between a wedge-tailed eagle and a bald eagle, after Dominique Potvin from the University of Sunshine Coast’s brought her animal ecology expertise to bear on the hypothetical Trans-pacific tussle.

Outside the political sphere, our academic authors also saw their research amplified by other media outlets – and some well-known influencers.

After Matthew Mclaughin and his University of Newcastle colleagues co-wrote this piece on healthier lunchbox options for kids, the authors were interviewed on Channel 9 news and the Today show.

After Florey Institute neuroscientists Trevor Kilpatrick and Steven Petrou wrote about COVID’s effect on the brain, they were interviewed by Dr Norman Swan on the ABC’s Coronacast podcast:

Finally, when actress Christie Whelan announced on Twitter that she was going to buy an Oodie, ABC culinary correspondent and author Alice Zaslavsky politely suggested she reconsider, citing this academic takedown from University of Tasmania marine scientists Vincent Yap and Jennifer Lavers on the environmental and health impacts of the popular brand of hooded blankets.