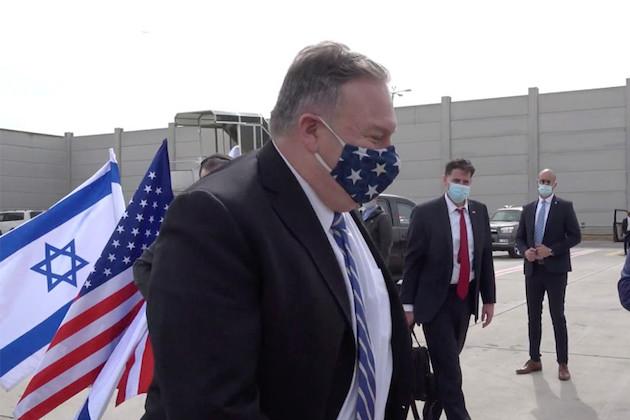 Pompeo describes ICC as ‘a political body, not a judicial institution’

WASHINGTON, DC – The United States has threatened the International Criminal Court (ICC) saying it ‘will exact consequences,’ if it pursues an application by the Palestinian Authority to hold Israel to account for perceived war crimes.

Secretary of State Mike Pompeo issued the threat in a statement on Friday in which he also slammed the international court. He additionally asserted the Palestinian Authority has no standing with the ICC, and is not qualified to be a member.

Mr Pompeo stated that seven countries have made submissions to the international court asserting that it should not be pursuing the Palestinian complaints. The countries are Australia, Austria, Brazil, the Czech Republic, Germany, Hungary, and Uganda.

“The International Criminal Court is a political body, not a judicial institution. This unfortunate reality has been confirmed yet again by the ICC Prosecutor’s attempt to assert jurisdiction over Israel, which like the United States, is not a party to the Rome Statute that created the Court,” Secretary Pompeo said Friday.

“On April 30, the ICC Prosecutor re-affirmed her attempt to exercise jurisdiction over the West Bank, East Jerusalem, and Gaza through a new filing to the Court. As we made clear when the Palestinians purported to join the Rome Statute, we do not believe the Palestinians qualify as a sovereign state, and they therefore are not qualified to obtain full membership, or participate as a state in international organizations, entities, or conferences, including the ICC.”

“Seven states that are party to the Rome Statute Australia, Austria, Brazil, Czech Republic, Germany, Hungary, and Uganda have made formal submissions to the Court that assert that the ICC does not have jurisdiction to proceed with this investigation. We concur. A court that attempts to exercise its power outside its jurisdiction is a political tool that makes a mockery of the law and due process,” Mr Pompeo said.

“The United States reiterates its longstanding objection to any illegitimate ICC investigations. If the ICC continues down its current course, we will exact consequences,” the U.S. Secretay of State said.

The secretary had been invited to Israel by Mr Netanyahu in what has been his only overseas trip for some time. Only ‘essential travel’ is permitted by U.S. government officials, and arrivals into Israel usually require 14-days quarantine. However these conditions were waived for Mr Pompeo’s visit which was ‘choreographed’ and involved strict precautions in the face of the Covid-19 pandemic.

Earlier in the week the secretary received a letter signed by 69 U.S. senators and 262 House representatives urging him to take steps to prevent the ICC from pressing ahead with its investigation. The letter pointed that neither Israel nor the United States was a member of the ICC, and Palestine did not qualify as a member.

“We believe the prosecutor’s decision to investigate the Israeli-Palestinian situation and request to the Pre-Trial Chamber to determine the court’s jurisdiction over disputed territories constitutes a dangerous politicization of the court and distorts the purposes for which the court was established,” the letter said.

“The ICC has never formally investigated any accusations within disputed territories; doing so now unfairly targets Israel. By accepting Palestinian territorial claims over the West Bank, east Jerusalem and Gaza, the prosecutor is making a political judgment that biases any subsequent investigation or trial.”