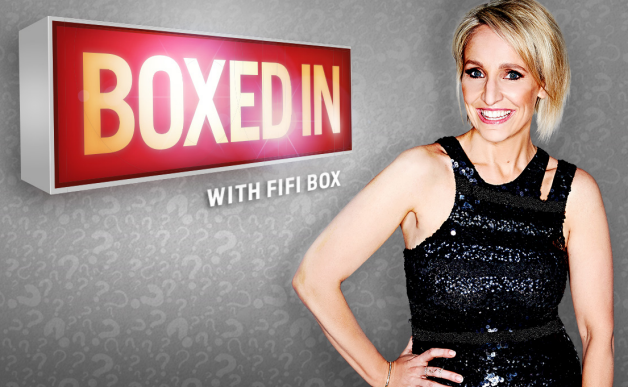 Boxed In with Fifi Box

Have the hour off and listen to Fifi Box on Sunday’s from 5pm to 6pm as she tackles all the current issues on your mind and plays all the greatest hits.

Fifi Box is one of Australia’s top radio broadcasters, television presenters and actresses.

Her Sunday nights shows on move fm are among the most popular on the station. This could be because Fifi’s early career was spent in regional radio in places like Port Macquarie, Traralgon and Warragul.

In 2000, Fifi co-hosted a late-night show on TTFM Melbourne and soon after joined the Triple M network to co-host a national night show based on relationships. When the show came to an end, she moved to the breakfast timeslot to produce Amanda Keller, Mikey Robins and Peter Berner.

In 2003, Fifi joined The Shebang on Triple M and stayed there for 5 years.

Fifi is known on TV for her “stand-out” performance on Dancing with the Stars on the Seven Network in 2007 and guest appearances on Sunrise, The Project, Thank God You’re Here and Have You Been Paying Attention?

In January 2009, Fifi joined Sunrise as weather presenter where she replaced David Brown and stayed in this position until for the rest of the year. In January 2010, she was made Entertainment Editor on Sunrise, where she did regular interviews with celebrities.

In November 2010 Fifi was hired as a co-host with Jules Lund on Fifi and Jules across the Today Network leaving Friday’s show open for Hamish and Andy to do their show. The show commenced in February 2011.

Fifi joined the cast of Neighbours in July 2016 as Brooke Butler. She made her debut on the show on 28 September 2016 and left in late November, her character returned in April 2017.

And now move fm proudly presents Fifi’s latest show, her very own Boxed In – Sunday nights from 5 to 6pm