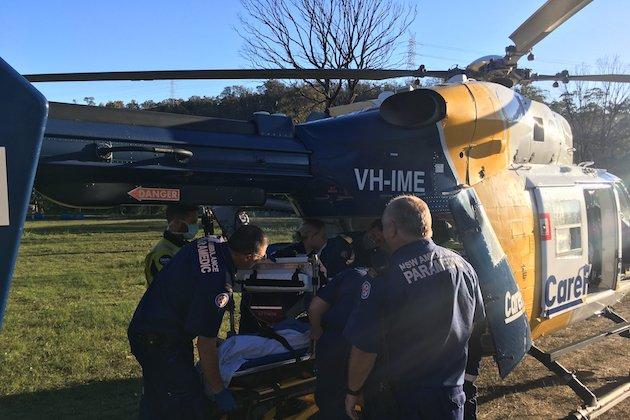 Woman airlifted to Westmead Hospital after being thrown from horse

LITHGOW, Central West, NSW, Australia – An 18-year-old girl was airlifted to hospital after she was thrown from her horse in South Bowenfels, near Lithgow

The girl sustained fractures to her pelvis and lower limbs.

CareFlight’s Rapid Response Helicopter was tasked shortly before 5:10pm from CareFlight’s Westmead hangar and landed 25 minutes later at the scene of the accident in a South Bowenfels paddock where NSW Ambulance paramedics were providing initial treatment.

CareFlight’s clinical team assessed the giorl and treated her for fractures before boarding the helicopter.

The woman was airlifted to Westmead Hospital in a stable condition under ongoing observation from CareFlight’s clinical team.