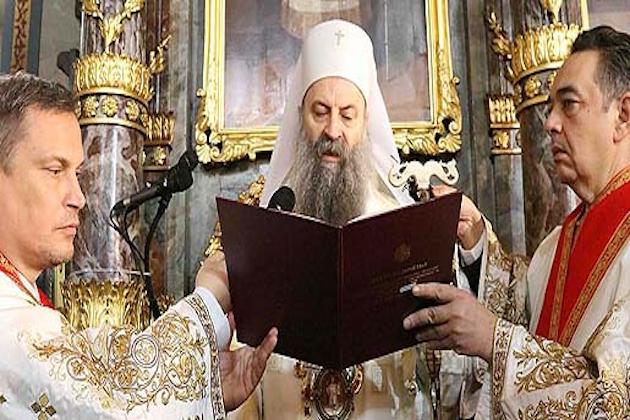 BELGRADE, Serbia – Bishop Porfirije Peric was crowned the 46th Patriarch of the Serbian Orthodox Church in Belgrade on Friday.

Hundreds of government and church officials witnessed the ceremony.

The 59 year-old Porfirije is viewed as a modernist who will succeed the more conservative Patriarch Irinej, who died in November at age 90 from COVID-19.

Delivering a sermon during Friday’s ceremony, Porfirije said that Kosovo, a former Serbian province predominantly populated by Albanians, would continue to be at the center of church policies.

Kosovo was separated from Belgrade in 1999 following the Kosovo war.

“Kosovo is for us … an umbilical cord that links us with the essence of our identity,” said Porfirije.

Russia supports both the government in Belgrade, as well as the Serbian Orthodox Church, in their refusal to recognise independent Kosovo.