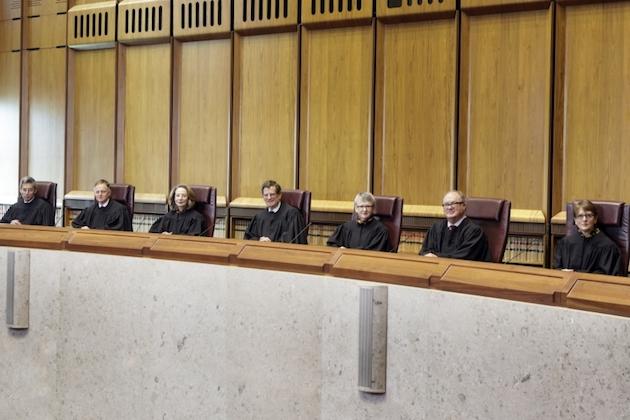 BRISBANE, Australia – All seven judges on the High Court of Australia have universally approved the quashing of the conviction of Cardinal George Pell of two offences, which have seen the 78-year old spend 404 days jail.

The High Court handed down its decision on Tuesday, upholding the appeal against a divided Victorian Court of Appeal decision last year which found 2-1 against the Cardinal.

“With respect to each of the applicant’s convictions, there was, consistently with the words the Court used in Chidiac v The Queen (1991) 171 CLR 432 at 444 and M v The Queen (1994) 181 CLR 487 at 494, “a significant possibility that an innocent person has been convicted because the evidence did not establish guilt to the requisite standard of proof,” the High Court said in its judgement.

Pell is a divisive figure in Australia, having been perceived as the top Catholic in the country, he has worn the brunt of anger against the church over its handling of child sex abuse by members of the clergy.

Many however considered his conviction as making him a scapegoat for the church’s failures. The Royal Commission in Child Sex Abuse in Institutions is now free to release its findings on Cardinal Pell, who came under considerable pressure during the hearings over the church’s practice of moving priests and brothers on when they were alleged to have engaged in abuse.

“Today, the High Court granted special leave to appeal against a decision of the Court of Appeal of the Supreme Court of Victoria and unanimously allowed the appeal. The High Court found that the jury, acting rationally on the whole of the evidence, ought to have entertained a doubt as to the applicant’s guilt with respect to each of the offences for which he was convicted, and ordered that the convictions be quashed and that verdicts of acquittal be entered in their place,” the Australian High Court judgement handed down on Tuesday said.

On 11 December 2018, following a trial by jury in the County Court of Victoria, George Pell, who was Archbishop of Melbourne at the time of the alleged offending, was convicted of one charge of sexual penetration of a child under 16 years and four charges of committing an act of indecency with or in the presence of a child under the age of 16 years. This was the second trial of these charges, the jury at the first trial having been unable to agree on its verdicts. The prosecution case, as it was left to the jury, alleged that the offending occurred on two separate occasions, the first on 15 or 22 December 1996 and the second on 23 February 1997. The incidents were alleged to have occurred in and near the priests’ sacristy at St Patrick’s Cathedral in East Melbourne, following the celebration of Sunday solemn Mass. The victims of the alleged offending were two Cathedral choirboys aged 13 years at the time of the events.

Counsel for Pell sought leave to appeal against his convictions before the Court of Appeal. On 21 August 2019 the Court of Appeal granted leave on a single ground, which contended that the verdicts were unreasonable or could not be supported by the evidence, and dismissed the appeal. The Court of Appeal viewed video-recordings of a number of witnesses’ testimony, including that of the complainant. The majority, Ferguson CJ and Maxwell P, assessed the complainant to be a compelling witness. Their Honours went on to consider the evidence of a number of “opportunity witnesses”, who had described the movements of the applicant and others following the conclusion of Sunday solemn Mass in a way that was inconsistent with the complainant’s account. Their Honours found that no witness could say with certainty that these routines and practices were never departed from and concluded that the jury had not been compelled to entertain a reasonable doubt as to the applicant’s guilt. Weinberg JA dissented, concluding that, by reason of the unchallenged evidence of the opportunity witnesses, the jury, acting rationally on the whole of the evidence, ought to have had a reasonable doubt.

“The High Court considered that, while the Court of Appeal majority assessed the evidence of the opportunity witnesses as leaving open the possibility that the complainant’s account was correct, their Honours’ analysis failed to engage with the question of whether there remained a reasonable possibility that the offending had not taken place, such that there ought to have been a reasonable doubt as to the applicant’s guilt. The unchallenged evidence of the opportunity witnesses was inconsistent with the complainant’s account, and described: (i) the applicant’s practice of greeting congregants on or near the Cathedral steps after Sunday solemn Mass; (ii) the established and historical Catholic church practice that required that the applicant, as an archbishop, always be accompanied when robed in the Cathedral; and (iii) the continuous traffic in and out of the priests’ sacristy for ten to 15 minutes after the conclusion of the procession that ended Sunday solemn Mass,” the High Court judgement said.

“The Court held that, on the assumption that the jury had assessed the complainant’s evidence as thoroughly credible and reliable, the evidence of the opportunity witnesses nonetheless required the jury, acting rationally, to have entertained a reasonable doubt as to the applicant’s guilt in relation to the offences involved in both alleged incidents. With respect to each of the applicant’s convictions, there was, consistently with the words the Court used in Chidiac v The Queen (1991) 171 CLR 432 at 444 and M v The Queen (1994) 181 CLR 487 at 494, “a significant possibility that an innocent person has been convicted because the evidence did not establish guilt to the requisite standard of proof.”

However my trial was not a referendum on the Catholic Church; nor a referendum on how Church authorities in Australia dealt with the crime of paedophilia in the Church”.

The point was whether I had committed these awful crimes, and I did not,” the Cardinal said.

Related stories: Inquiry of prosecution into Pell should follow High Court ruling | A case of the man who knew too much – The Pell saga | Trials and tribulations of Barwon’s highest profile prisoner | The final piece of the puzzle in the Pell case | Cardinal Pell – The Case for the Prosecution | Counsel for George Pell argues for conviction to be set aside | Reviewing the Pell appeal which goes before high Court on Wednesday | George Pell Case – The wine in the wardrobe revisited | Evidence in trial of Cardinal George Pell confusing and inconsistent | Hiatus theory in Pell trial looking increasingly wobbly | Cardinal George Pell conviction, uncanniest of them all | Where were the concelebrant priests if Pell was in the sacristy? | Juggling of times in Pell case only raises more questions | Pell alibi looms as crucial factor in High Court appeal | Chorister supported Crown case against Pell | The Pell case – “Having reviewed the whole of the evidence…” | Cardinal Pell’s Innocence or Guilt – now a matter for the High Court | Credibility of George Pell accuser under scrutiny | A Critique of Ferguson and Maxwell | How the Interview Changed the Story | Cardinal George Pell learned of charges against him in Rome Interview | High Court of Appeal in Australia to review conviction of Cardinal