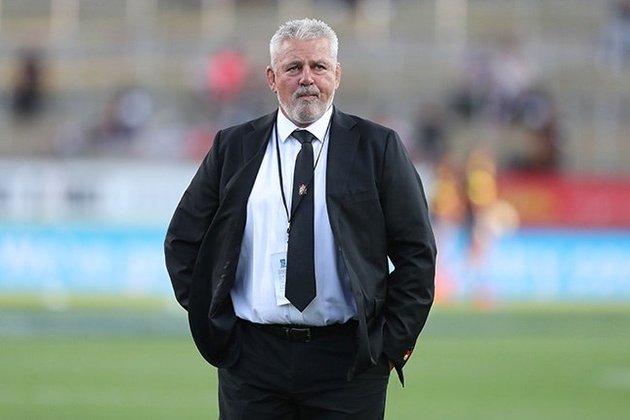 You’d have to be a medical expert of near genius status to be able to predict with any certainty that the has been coaching the Chiefs in Aotearoa.

The flow of jokes that Gatland has become the butt of started to intensify at the weekend, when the Chiefs lost their six Aotearoa game and their seventh in a row under Gatland.

No wins and no draws but seven defeats makes the former long-serving mentor of Wales 007.

But does Gatland’s run of poor coaching form have any significance for next year’s scheduled iconic series in South Africa?

One person who has voiced some concern is Stuart Barnes, a rugby columnist at The Times newspaper in London and himself a former Lion.

If you read his entire column it isn’t really a case of Barnes putting the boot into Gatland in the way some headlines would have it, but he does raise some interesting questions, the most pertinent being whether coaching back in his homeland has sent him spiralling into culture shock.

Gatland has built his reputation around a pragmatic approach, meaning winning is everything and how it is achieved is secondary.

Had Wales won their World Cup semifinal against the Boks in Japan last October the Welsh would have been due as much criticism for the way that game was played as the victors were.

Rassie Erasmus and his charges were pilloried for hoofing the cover off the ball, but the Welsh did the same.

Barnes describes Gatland as “the epitome of a northern hemisphere coach, if not risk free then risk averse”.

The former England flyhalf argues that Gatland is being taken out of his comfort zone and may be “struggling to impose his beliefs on how games can be won in a country where the overwhelming priority is how it should be played”.

FOR A START, THE BOKS AREN’T KIWIS

Yet while there may be an element of truth in what Barnes says about Gatland suffering from culture shock, and it is also true that no coach can gloss over a long sequence of consecutive defeats, it would be a mistake for the Boks to read too much into it.

For a start, world champions and good team that they may be, the Boks are going to have to undergo quite a transformation in their playing style if they are suddenly to become a facsimile of a Kiwi regional team playing in either Super Rugby or Aotearoa.

The Boks are good at what they do, but what they do isn’t quintessential southern hemisphere rugby. And Gatland knows how to beat the Boks.

Maybe not when it matters most, meaning at World Cups, but he boasts a great record, better than any other Wales coach in history, against them in other internationals. Those three World Cup defeats – the opening pool game in Wellington in 2011, the quarterfinal at Twickenham in 2015 and last year’s semi – weren’t by much either. They were all decided by the narrowest of margins.

You also have to take into account who Gatland is before you start buying into the theory that a sequence of defeats will leave his confidence shot.

Perhaps if he was a relative newcomer on the block a sequence of seven, possibly soon to be nine, defeats would have a major impact on him and might even threaten his career.

But Gatland didn’t start coaching yesterday. The first time I came across him was when he coached Ireland on their tour of South Africa way back in 1998.

To put in perspective how long ago that was, it was when Nick Mallett was coaching the Boks.

Those with long memories might recall the infamous Battle of Loftus, where both the Boks and Ireland did nothing but fight and hit each other off the ball for 80 minutes.

Gatland was the Ireland coach that day.

The point being though that Gatland is an old campaigner, and he wouldn’t be an old campaigner who has survived for so long in the tough coaching industry if he didn’t take learnings from his failures.

And that is probably the main reason why the Boks or their supporters should not be duped into thinking that Gatland’s time with the Chiefs has any negative relevance towards next year’s series.

On the contrary, win or lose, he’s being strengthened by being exposed to a different type of rugby to what used to be his old bread and butter.

It’s not completely new of course, for his Lions touring squad had a fair record against New Zealand franchise teams in 2017, and they forced a stalemate in the three-match test series.

But if he is suffering culture shock, he’s at least being exposed to a different culture. And no coach with staying ability has ever been diminished by that experience.

A COACH WHO CUTS SUIT TO FIT THE CLOTH

Thinking back to Gatland’s successes with the Lions, including both his involvement with the Lions team that lost here in 2009 when he was assistant coach to Ian McGeechan, and particularly to the good Lions win over Australia four years later in his first series as head coach, it is also probably true that Gatland coaches to the strength of his team.

The phrase Warren-ball was coined to describe some of the rugby Wales played in the early part of his long reign as the coach of that nation, but if you had the imposing figure of Jamie Roberts wearing your team’s No 12 jersey wouldn’t you also expect the centre to crash the ball up?

We saw Wales play conservative rugby at times during his tenure – during which by the way he achieved an unprecedented three Grand Slams – but we also saw them play quite enterprising rugby, and it is the same with the Lions teams he has coached.

If the Lions coach feels his team needs to be tight to beat the Boks he will go into the series knowing how to coach a team to be tight, but after his stint at the Chiefs he may know a bit about a completely different kind of rugby.

And that makes him a more dangerous opponent for Rassie Erasmus and Jacques Nienaber, not less dangerous.

READ this story on SuperSport.com