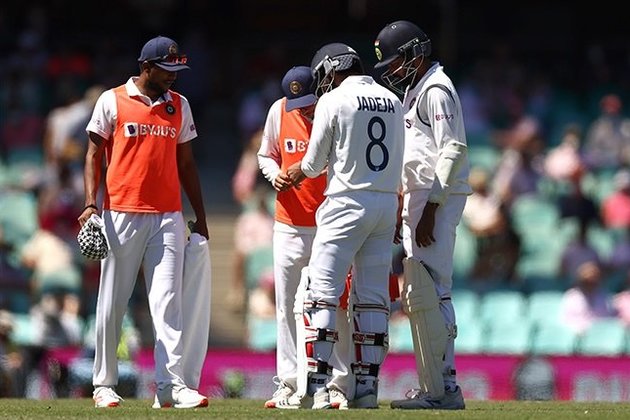 India’s Ravindra Jadeja on Monday added to a growing list of injuries for the tourists after being ruled out of the fourth Test in Australia with a dislocated thumb.

Jadeja was hit on the thumb by a bouncer from Australia paceman Mitchell Starc while batting in his team’s first innings in Sydney. The third match ended in a draw with the series tied at 1-1.

“Ravindra Jadeja suffered a blow to his left thumb while batting on Day 3 of the third Border-Gavaskar Test that concluded on Monday,” the Board of Control for Cricket in India said in a statement.

“He later went for scans and the results have shown that he has dislocated his thumb.”

Jadeja, who scored a fighting 28 and did not need to bat in the second innings, will consult a hand specialist in Sydney before heading back to the National Cricket Academy in Bangalore.

Jadeja’s exit is a fresh blow for India in the four-Test series that will conclude with a game in Brisbane starting January 15.

The tourists have already lost fast bowlers Mohammed Shami, Umesh Yadav and Ishant Sharma to injuries while batsman KL Rahul was out ahead of the third game with a sprained left wrist.

India clung on to the draw on Monday’s fifth day with Ravichandran Ashwin and Hanuma Vihari, nursing a hamstring injury, scoring 62 runs in 256 balls, helping India to 334 for five and safety at close of play.

Wicketkeeper-batsman Rishabh Pant, who took a nasty blow to his elbow while batting in the first innings and didn’t keep wicket on Sunday, hit an attacking 97.