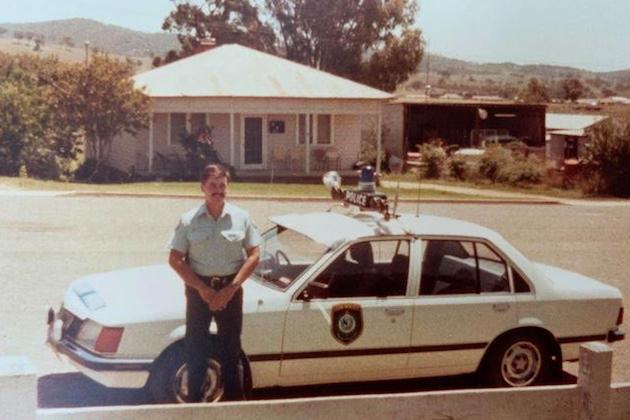 CENTRAL WEST, NSW, Australia – A senior police officer in the Central West has retired after spending nearly forty years in the force.

Senior Constable Barry Harris last week marched out of Mudgee Police Station where he has spent the last thirty-eight years.

Senior Constable Harris’ career with the NSW Police Force began in May 1981 where he was stationed at Ashfield, before he transferred to Mudgee in August 1982. A year later he to the Mudgee Highway Patrol where he would spend the next 37 years serving the Mudgee community, not only as a Highway Patrol officer but a trained negotiator, boat operator and member of the country SWOS.

“Serving the community of NSW for 39 years is an outstanding effort, and to think that 38 of those years were in the Western Region area of Mudgee; that’s decades of dedicated, professional road safety and traffic enforcement. Senior Constable Harris has made a huge difference in educating the community on road safety and no doubt played a role in reducing serious road trauma around the Mudgee area,” Commander Superintendent Paul Glinn said Tuesday.

“He has added a lot of value to other areas of policing in the Western Region and Mudgee area, but a good testament to who he is, is that even after 39 years of service he enjoys coming to work and making a positive difference.”