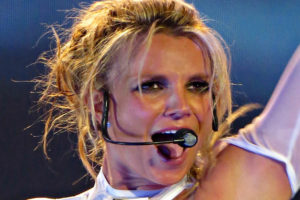 American singer Britney Spears was booed by her England fans for mixing up the names of two cities.

According to E!Online, the ‘Toxic’ singer, during her performance in Blackpool, said, “How you feeling Birmingham?” She instantly corrected the mistake and said, “I mean Blackpool!”

While some responded to the incident with laughter and claps, the other expressed their disapproval by booing the singer.

Some even took to their social media handles to react to the gaffe.

A user tweeted, “Went to see @britneyspears last night in Blackpool so it was kind of funny when she shouted “Hey Birmingham!!” epic britneybitch”

“How ya feeling, Birmingham!? I mean, Blackpool… ” @britneyspears in Blackpool this evening – probably the only thing that wasn’t mimed … So disappointed,” another user wrote.

“@britneyspears fully embarrassed herself coming out saying “hello Birmingham” when we were in BLACKPOOL and her stage was right next to THE BLOODY TOWER??”.

Later in the show, Spears got emotional about her ‘A Piece of Me’ world tour as she said, “I’m gonna get emotional with you guys, this is my last show of ‘Piece of Me.'” (ANI)