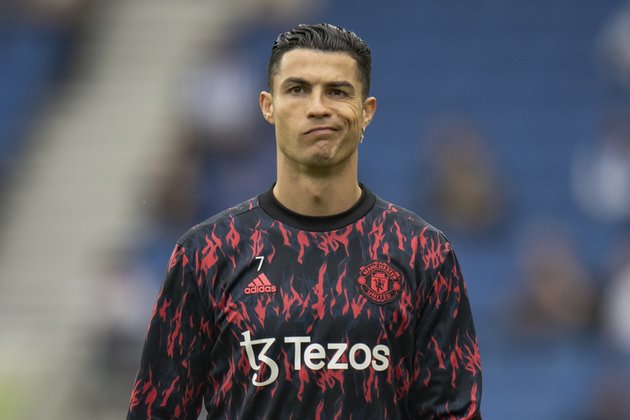 The football superstar has not reported for Manchester United duty

Cristiano Ronaldo did not report for Manchester United training for a second consecutive day, with his future up in the air amid links to Chelsea and FC Barcelona.

United got their preseason campaign underway on Monday and re preparing to fly out to Asia and Australia for friendlies before the weekend.

But Ronaldo, 37, may not be part of that tour after reportedly informing United at the weekend that he wishes to leave the club.

The Portuguese great is said to have asked United to listen to sensible offers that come in for his transfer, before failing to turn up to the first day of work under new manager Erik ten Hag while citing family reasons supposedly accepted by the Red Devils.

Chelsea’s new owner Todd Boehly, who is acting as an interim sporting director since Marina Granovskaia left in the post-Roman Abramovich era, is said to be “intrigued” by the prospect of bringing such a big name as Ronaldo to Stamford Bridge.

On Monday evening, however, the unlikeliest of names was linked to ex-Real Madrid star Ronaldo in their arch enemies FC Barcelona.

This is due to the player’s representative Jorge Mendes meeting with the Catalans’ president Joan Laporta for dinner.

And while other stars that the superagent acts for such as Manchester City’s Bernardo Silva and Wolverhampton Wanderers’ Ruben Neves were of primary importance, AS in Spain claims that Ronaldo’s name was tabled in what would be one of the biggest bombshell transfers of the century if it came off.

Some fans and pundits have their doubts as to the real motives behind the discussions, however, and see it as a way of goading Los Blancos into re-signing Ronaldo.

After all, this strategy worked last summer when Ronaldo flirted with City while still at Juventus and was allegedly close to signing for them.

Alerted to this, another ex-employer in United stepped in and snatched the five-time Ballon d’Or king away with a big-money two-year offer while unprepared to see their former charge wind up at a rival outfit.

Regardless, fitness-obsessed Ronaldo is keeping in shape and has reportedly been spotted at the Portugal national team’s training complex in Lisbon getting ready for 2022/2023.

As things stand, Chelsea may seem best suited to acquire the serial Champions League winner but their manager Thomas Tuchel needs to give Boehly his approval.

United are also said to be reluctant to let Ronaldo go to a Premier League rival with whom they are in direct competition with for spots in Europe’s elite club tournament, and Bayern Munich – who may lose Robert Lewandowski to Barca – are another potential suitor that have been mentioned.

To sell him to any outfit, United are believed to want to recoup as much of the Pound 21.4 million ($25.5 million) fee they paid Juventus for Ronaldo’s services as possible.