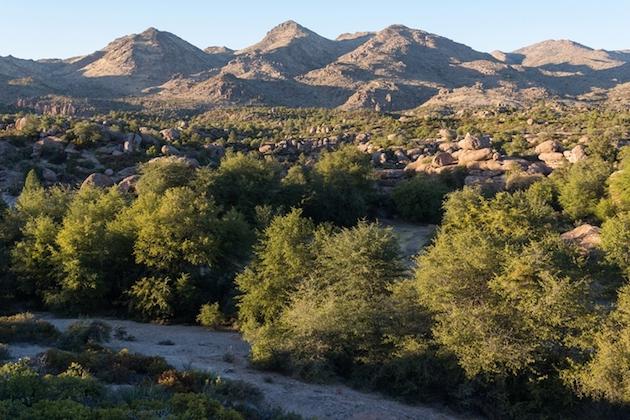 GLOBE, Arizona — Native Americans, conservationists, and a host of other advocates are cheering a Biden administration move to delay plans for a copper mine at Arizona’s Oak Flat natural area.

The project would have allowed Anglo-Australian multinational mining giant Rio Tinto to excavate massive tunnels under the natural area, which is considered sacred ground by several native tribes.

A policy memo from President Joe Biden brought a stop order from the USDA Forest Service, forcing the company to scrap its current environmental impact statement and start over.

Sandy Bahr, director for the Grand Canyon Chapter of the Sierra Club, called it a major win in the years-long battle to save Oak Flat.

“This is a mine that would create a 1,000-foot crater because of the land subsidence,” Bahr explained. “Because they basically are going deep underground and blowing up the rocks, taking the ore out, creating a void, and Oak Flat will sink.”

The project was created by Congress in 2014. It has been opposed by a wide variety of advocates, from environmental groups and recreation enthusiasts to religious leaders and members of Congress.

Biden’s order came within a week of the final go-ahead for the project.

Bahr noted native tribes such as the San Carlos Apaches use the land to pray, collect medicinal plants, hold ceremonies and honor their ancestors.

“The key reason the Biden administration withdrew it was because of failure to adequately consult tribal nations,” Bahr observed. “That is something that they’re really going to be focusing on.”

After the November election, Bahr added the Trump administration appeared to move quickly to get the project finalized before Inauguration Day.

“All of a sudden, late last year, the Forest Service decided to push up the date for issuing the final environmental impact statement,” Bahr recounted. “That document triggers this final transfer of the land to Rio Tinto.”

Opponents claim a mine at Oak Flat would destroy burial sites, archaeological ruins and petroglyphs.

The area, part of the Tonto National Forest, is undeveloped, biologically diverse and popular for camping, rock climbing, and other forms of outdoor recreation.